Board of Director Bios

The following members of the Georgia Audubon Board of Directors are up for re-election to a second three-year term beginning January 1, 2023. 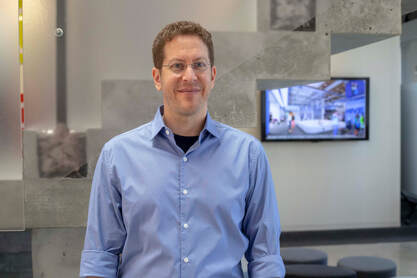 In his current role as Principal and Sustainable Design Director at the architectural firm Lord Aeck Sargent Planning and Design, Joshua Gassman has leads interdisciplinary architectural teams focused on sustainable design projects across the Southeast.  He has designed a broad spectrum of projects ranging from large research labs for major universities to interpretive and education centers, many of which are nationally-recognized, award winning, and LEED Certified. He specializes is projects with complicated performance requirements that also require sensitive responses to their local communities; many of his projects are net positive water and net positive energy.

Projects to his credit includes the Kendeda Building for Innovative Sustainable Design at Georgia Tech, which aims to be the most sustainable building ever built in the southeastern U.S and Trees Atlanta’s new Urban Ecology Center, just nearing completion. Other projects on which he has worked include the Gwinnett Environmental and Heritage Center, Chattahoochee Nature & Discovery Center, the Blue Ridge Parkway Visitor Center, The Bascom Visual Arts Center, and the High Museum of Art. 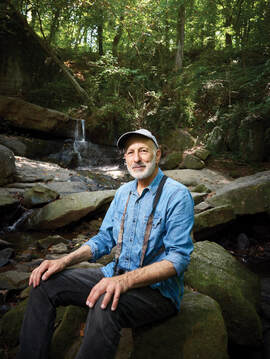 ​Gus Kaufman, Jr., is a familiar face to many Georgia Audubon members who have attended one of his bird walks. A licensed psychologist whose practice is with Oakhurst Psychotherapy Associates, Gus’s love for nature and birdwatching began as a child growing up in Macon, with an Eagle Scout father and a Girl Scout leader mother. Living next to the largest tract of forest in Macon provided the Kaufmans with ample opportunities to hone their bird identification skills. Gus made his way to Atlanta in the fall of 1968, post-college, where he was a public school teacher, in addition to writing under the pseudonym Smokey Kaufman for the Atlanta-based underground newspaper, the Great Speckled Bird. He later received his Master’s in Humanistic Psychology at West Georgia College and studied psychotherapy in Boston, receiving his Ph.D. in Clinical Psychology from the Fielding Graduate University. Gus is a member of the Greater Atlanta Gay & Lesbian Birders (The Gaggle) and, in addition to birding, he still plays soccer, (badly, he says) and engages in social activism. ​

Paige Martin is a career fundraiser and serves as a global director of development at The Nature Conservancy (TNC), an international leader in conservation. She staffs the organization’s chief scientist, Katharine Hayhoe. Prior to her current role, Paige led the development team for TNC in Georgia and managed a comprehensive $36 million campaign. Paige joined TNC in 2014 after six years at Emory University, most recently as chief development officer for the neurosciences. In addition to her experience at Emory and five years in the corporate world (Fidelity Investments in Boston), Paige has led record-breaking development programs at The Asheville School, Duke University, and All Saints’ Episcopal Church. She holds a master’s degree and bachelor’s degree from Auburn University, both in communication.

Paige lives in Atlanta with husband and Centers for Disease Control expert Dr. Arjun Srinivasan, two sons (when one is home from college), and two rescue dogs. A nature enthusiast, Paige recently had her yard certified as a Georgia Audubon Wildlife Sanctuary and is a Georgia Audubon Master Birder.  She enjoys attending Georgia Audubon field trips when her schedule allows. 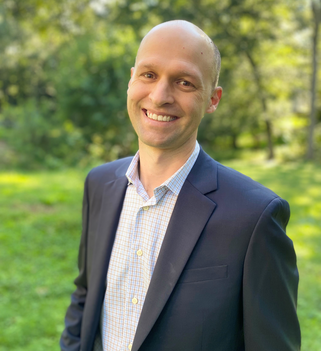 Jon Philipsborn currently serves as SLR’s Climate Resilience Manager. He advises clients on the strategic integration of climate change into planning, project development, and management decisions. This has included supporting public and private sector clients with disaster preparedness and climate resilience planning, understanding potential climate change impacts and associated vulnerability, and identifying and implementing adaptation strategies. Throughout his career, Jon has communicated technical information to decision makers, and worked on innovative projects that produce climate, conservation, and community benefits. He has gained valuable experience working across geographies for government, non‐profits, and the private sector. Jon has also collaborated with the United Nations Office for Disaster Risk Reduction (UNDRR), including supporting the Private Sector Alliance for Disaster Resilient Societies (ARISE) and contributing to updates and promotion of the Disaster Resilience Scorecard for Cities, as well as co‐authoring the Public Health Addendum to the Scorecard.

Prior to consulting, Jon worked for two international non‐governmental organizations supporting project development and capacity building at the nexus of climate, conservation and community. He also worked for a U.S. Senator as a Conservation Fellow and has conducted ornithological research around the globe, ranging from Leach's Storm Petrels in the Bay of Fundy, to Black Brant on the Yukon-Kuskokwim Delta. He has also lived on two islands in the southern hemisphere with penguins! An avid and enthusiastic bird watcher, Jon brings his binoculars wherever he goes and is an participates each year in the Christmas Bird Count. Jon has published and presented for various platforms on topics related to climate adaptation, disaster resilience, and creating positive climate, conservation, and community outcomes. In addition to serving on the board of the Georgia Audubon, he currently serves as Vice Chair on the Advisory Board of the Southeast and Caribbean Disaster Resilience Partnership. 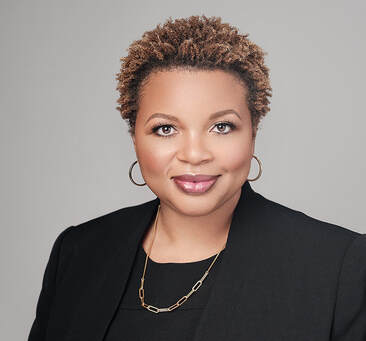 LaTresse Snead, Bonsai Leadership Group LLC
​
LaTresse Snead is the Chief Executive Officer of Bonsai Leadership Group. She has more than 20 years of experience in the nonprofit and business sectors and a reputation for being bold, authentic, and transparent.  As Birkman Certified Consultant, Certified Executive Coach and BoardSource Certified Board Consultant, she helps nonprofit executives cultivate inclusive, dynamic and high performing teams to succeed in an increasingly complex workplace.

She most recently served as chief program officer of the National Park Foundation (NPF), driving awareness and engagement in the national parks system while overseeing more than $55 million in program investments to protect its wildlife, history, and culture. Prior to the National Park Foundation, LaTresse spent seven years at The Nature Conservancy. She began her career there as global director of volunteer programs and community outreach and went on to become global director of the Healthy Cities program, leading an all-remote team of scientists, fundraisers, environmental educators and communications professionals in developing global solutions to the twin crises of biodiversity loss and climate change. She has also held leadership positions at the American Red Cross, Mothers Against Drunk Driving, and Boys & Girls Clubs of America.