The exhibitat in piedmont Park

The Exhibitat in piedmont Park 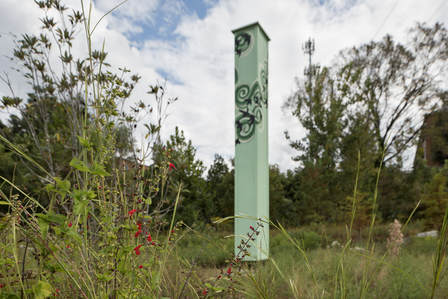 An urban haven for wildlife, Piedmont Park hosts more than 160 species of birds throughout the year. The Bird-Friendly Habitat Educational Exhibit consists of two components—a native plant garden and a Chimney Swift tower. Both components not only provide quality bird habitat in Piedmont Park, but also create new opportunities for interpretive education and wildlife observation while raising awareness about how urban greenspaces can benefit biodiversity.

Located along Clear Creek, the Native Plant Demonstration Garden in Piedmont Commons provides high-quality habitat for birds and wildlife and educates the public on the value of native plants. Consisting of an assortment of mainly native grasses and wildflowers, the garden is a designed plant community that mimics the natural ecosystem and invites exploration by birds, people, and pollinators.

A common bird in urban areas, the Chimney Swift provides excellent—and free—pest control since their diet consists of flies, mosquitoes, wasps, ants, and other insects caught in flight. A single Chimney Swift may consume up to 1,000 mosquito-sized insects per day. Chimney Swifts are migratory birds that breed in Georgia during spring and summer. In recent years, Chimney Swift populations have declined due to loss of tree cavities. Now, their alternative nesting habitats —chimneys—are frequently capped eliminating these nesting and roosting sites. Constructing Chimney Swift towers is a relatively new conservation tool to curb declining swift populations. Towers provide a nesting location for this species as well as a roosting site during migration. In late summer and early fall, Chimney Swifts gather in sizable flocks and spend the night in communal roosts.  As the swifts descend on a tower at dusk, a large swarm forms and they then pour into the chimney like smoke.

The tower was designed by John Monnat, a Seattle-based architect with extensive experience in parks and recreation, and Pierre Coiron, with Decatur-based Stability Engineering.  As Chimney Swifts begin to utilize the tower, Georgia Audubon will collaborate with the Piedmont Park Conservancy on educational programming, such as ‘Swift Night Out’ gatherings to observe the roosting birds. At 24-feet-tall, the Chimney Swift tower provides crucial habitat for the swifts of Atlanta and a unique educational experience for park visitors.

The project was fully funded by Georgia Audubon thanks to a donation from a private individual and from a National Audubon Society Burke Conservation Grant.

Here are some photos from the official dedication of the Exhibitat on September 25, 2018. 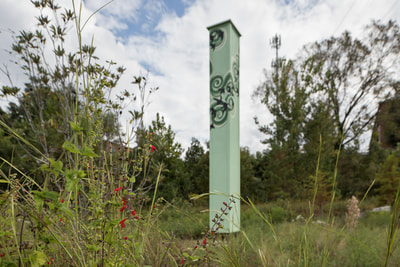 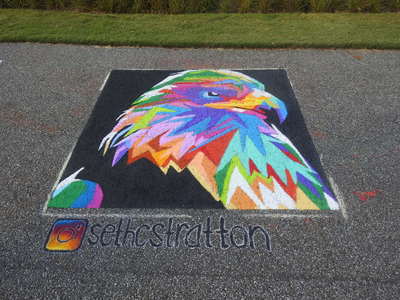 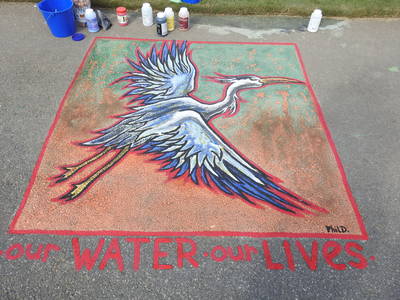 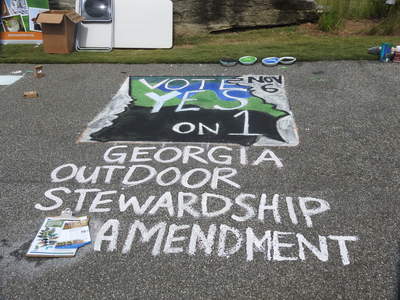 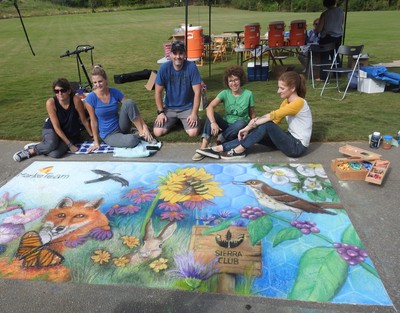 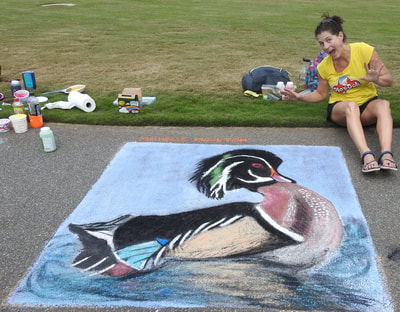 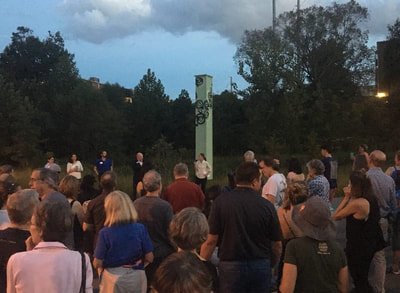 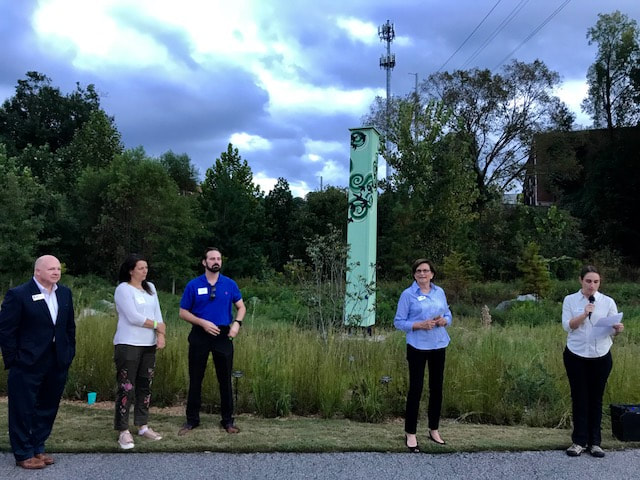